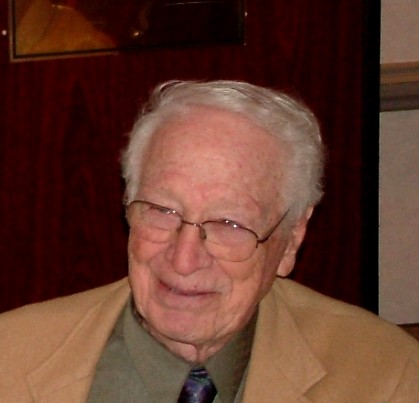 It is with great sadness that we recognize the death of William Rhodes, one of the pioneers in our field. We were honored by his participation in the 2005 Minnesota EBD Conference reuniting and highlighting Bill and other pioneers. Our thoughts are with his family.

William Conley Rhodes, II, died 18 February 2011 in The Villages (US, FL). Professor Rhodes, who was born in 14 November 1918 in Willets (LA, US), had a long career advocating for alternative perspectives about emotional and behavioral disorders.Before his academic career, Professor Rhodes served in the US Army, achieving the rank of Captain. He completed bachelors and masters degrees at Emory University and took a doctoral degree in psychology from The Ohio State University.

An early paper in Exceptional Children by Professor Rhodes established his views about the reciprocal connection between children and their communities. Professsor Rhodes’ work on the Conceptual Project in Child Variance while at the University of Michigan in the early 1970s had substantial impact on special education for children and youth with emotional and behavioral disorders (EBD). The project resulted in a multi-volume publication called A Study of Child Variance that presented perspectives on EBD based on conceptual models popular at that time—biological, behavioral, psychodynamic, sociological, and ecological—and that ultimately set him on a path to adopting a view that taking a critical view was better than taking any particular theoretical view. His early-career interest in ecological approaches progressed into a later-career embrace of liberatory theory and post-modernism.

Professor Rhodes was the son of William and Nell Rhodes. He is survived by his wife, Estelle Smith Rhodes, whom he met and married in 1942; their children William Rhodes, III, Joseph Rhodes, Naomi Rhodes, and Trisha Rhodes; siblings; and eleven grandchildren.