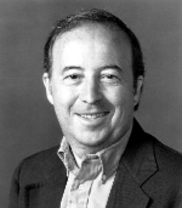 BICA is proud to be the home of the Arnold P. Goldstein Memorial Library. Dr. Goldstein and Dr. Braaten were good friends who worked together to bring Arnie's ART work and trainings to professionals throughout the world.

A Tribute
I first met Arnie in the winter of 1979 when he flew to Champaign, Illinois, to visit Research Press. I was a cub acquisitions editor at that time and, as I drove to the airport to pick him up, I was excited at the thought of meeting this Professor Goldstein from Syracuse University. He disembarked from a small plane in the middle of a terrible Illinois blizzard, clutching a manuscript under his arm. That manuscript was Skillstreaming the Adolescent.

Later that day, I read his manuscript, told him how much I liked it, and thus began a 20 plus year publishing relationship. And yet it was much more than a publishing relationship. We became friends, confidants. Arnie’s books and videotapes that we published were part of a movement, the psychological skills training movement that began in the early 1970s and continues in full force today.

Arnie devoted many years to training people how to implement skills training. At this moment, thousands of kids all over the world are participating in skills training groups. These kids don’t know Arnie, but Arnie certainly knew them. He thought of these kids as “our kids,” as kids who needed and deserved some extra help along the way.

Arnie and I talked a lot by phone – that is, Arnie talked a lot and, according to Arnie, I interrupted these conversations by sometimes asking for details or begging to differ. I recall discussing the title of the Skillstreaming books. I mentioned that “Skillstreaming” was not a word and that no one would know what it meant. As soon as I said that, I knew I was in for it. Arnie proceeded with a long discourse on why he was creating a new word and that someday I would find it in my silly dictionary. Well, I recently bought a new dictionary; “Skillstreaming” is still not there, but I may submit it for inclusion.

Arnie and I worked on many publication projects together and I have so many fond memories of each of them. Let me share a couple of those experiences that always make me smile –

On the morning of the shoot, Arnie called me and asked me to come to his hotel room to approve of his clothes. He was wearing a plaid shirt, and said that if it wasn’t ok, I could check his closet for a better shirt. When I opened the closet door, all I saw were many, many bright plaid shirts. I told Arnie to sit tight, that I would go out and get a nice plain shirt. He let me get on the elevator, then came running out of his room, laughing and holding up a plain shirt. He had brought all of his plaid shirts half way across the country for the sole purpose of playing a joke on me.

The last project Arnie and I worked on was his workshop video series. When we discussed doing this project, Arnie jokingly said, “You know, I might not be around forever, and think of all those people who will never get to see me.”

An ice storm hit the night before the shoot. I knew we were in a big trouble. I was doubting that all the people who needed to get to our shooting location could actually get there. The phone rang. It was Arnie. We decided to proceed.

Some days just don’t start out right, but that wasn’t going to stop Arnie.

Off we went to our shooting location – the auditorium of a residential treatment facility – driving through a city with downed trees and power lines, as if nothing were wrong. And there we were, just Arnie and me in a large auditorium waiting . . . . Those of you who know Arnie, know that Arnie does not wait well.

After two hours, none of the teachers we needed for the shoot had arrived. As the clock ticked away, Arnie and I looked at each other and we both smiled. Without saying a word, we each knew what the other was thinking – that we could recruit some patients in the facility to play the teachers in our video.

Just as we were getting ready to act on that thought, the teachers began arriving. They trickled in, disheveled, cold, and grumpy. Arnie mingled with everyone, joking and telling them a little bit about the workshop until they began to lighten up.

Then – it seemed like magic – people started taking seats in the auditorium. “Take the podium, Arnie. Let’s start filming.”

You know, I just said it seemed like magic. It wasn’t magic that made that day work. It was Arnie. My dear friend, Arnie.