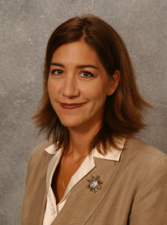 Dr. Cook is a BICA-certified trainer for the following topics:

Dr. Cook also provides customized training including, but not limited to, the following subject areas:

From 2005-2015, Mary Nord Cook, MD, held the rank of Associate Professor of Psychiatry at the Colorado School of Medicine and served as the Medical Director of Outpatient Services for the Department of Psychiatry at the Children’s Hospital Colorado (CHCO). In July 2015, she left her prior positions, to assume new roles as the Chief Executive Officer and Medical Director for EMPOWER, a first of its kind, Non-Profit {501(3)(c)} Center of Excellence in Family Behavioral Health, she helped found. She has been extensively involved in the training of medical students, psychology and social work graduate students, along with psychiatry residents. She specializes in working with families presenting with youngsters who’ve been diagnosed with Disruptive Behavior and Mood Disorders.

Dr. Cook received her bachelor’s degree (Psychology) with Honors, from the University of Michigan and her doctoral degree (Medicine) from Wayne State University. She completed her General Psychiatry Residency at the Naval Medical Center, San Diego and her Child & Adolescent Psychiatry Fellowship training at the University of California, San Diego.

-This book contains treatment protocols, parent and child workbooks and therapist “tool boxes” for parent and psychosocial skills training for use in routine and intensive outpatient psychiatric programs, for youth with severe emotional disturbances

2001  Cook, M.  (2001). The impact of separating children from caregivers:  implications for out of home placement and suggestions for alternatives. San Diego, CA:  Juvenile Court of San Diego County.

-This was a court monograph prepared at the request of Presiding Juvenile Court Judge for the purposes of training judges.

-Performed and summarized literature review for family treatments for youth with substance use disorders, October 2010.